Film Reviews :   "David Castañeda is going to be a bona fide movie star. He has a real gravity to him, and is able to move levels in a conversation without doing much beyond changing his posture or  his eyes."  The Ringer

+ "Caring, nurturing, patient, & devoted!   Jimbo  (James) is a great teacher/coach and even a friend...He can make you laugh at any time, but encourages you like no other.  Working with him  from the start of my career and  now 10 years later  -  has kept me evolving and growing.  Definitely making me a better/stronger/more confident actor and having results that are specific,  honest,  detailed,  and always real.  I love this man! "

+  "...I am so thankful for everything that James has done for me in my acting career. And extremely happy that I have a teacher-coach I can trust and be myself around...  "YES, I can honestly say I have the best teacher ever..." I have learned the most and had the most fun in James’ class!"

+ "...as a working actor, James is the perfect weapon.

His character study in coaching is unparalleled,

along with his passion and precision of the details,

make working with him, honestly, a true pleasure"

+ "Like a thick and knotted ships rope - James has helped me to learn to untangle any script and see every detail that's in front of me. He shows me how to see multiple layers of a character, from their emotional state, and how I can find -- in myself a way to stand up for each one I play. James is a true brother to all actors.  "

+  "...The Best Acting Lesson(s) I have had with James- are always about learning & trusting to let my guard down"

+ NETFLIX  "A Week Away" A New Musical Movie

+  "...As an actor, I have found that finding the right coach is not an easy task. It requires compatibility, relatability, and a true sense of direction from the coach to the artist. James is easily all those things put into one..."

+  "...So many of us actors have received a gift we're not certain how to use.  James continues to teach me to wield my own gifts with great skill, confidence, and a commanding force..."

+  "...Vague, generalized acting finds its ‘antidote’ in James Reese. He never fails to detect falsity, and doesn't let any of his actors get away with a single non-specific moment in their work. His coaching is a litmus test for authenticity..." 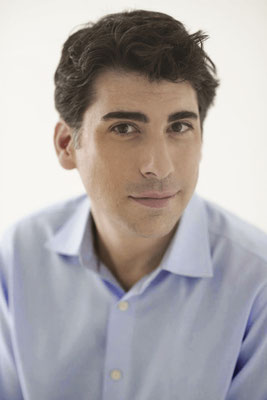 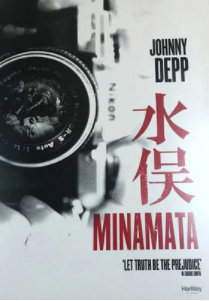 Johnny Depp plays celebrated U.S. photographer W Eugene Smith in the true-story thriller that pits Smith against a powerful corporation responsible for poisoning the people in Minamata, Japan in 1971. It’s based on the book by the photographer and his wife Aileen Mioko Smith, written for the screen by David K. Kessler

+ Series Regular - How I Met Your Father (NETFLIX)

+ "...I wholeheartedly admire James’ dedication to this art form.

And believe me, he is a master of it’s domain."

I express my full appreciation for it all."

+ "...James is a genius in the art of teaching acting.

He always finds the best jewels in the sides/script within seconds.

His instincts, understanding of the character's psychology, and knowledge is priceless.

Coaching with him makes difficult material easy and fun.

Not to mention what a gifted artist he is himself. "